17-year old Ledford House resident and North Charleston High School (NCHS) senior Lindsay* is an intelligent and driven young lady with a bright future and a litany of accomplishments. On October 17, Lindsay received an admissions letter detailing her acceptance into Coastal Carolina University. She is also waiting to hear back from four other schools including Francis Marion University, Hampton University, College of Charleston and Clemson.

So why is this such a big deal? According to “Fostering Success in Education: A National Fact Sheet on the Educational Outcomes of Children in Foster Care,” only 20 percent of youth in foster care who graduate from high school will attend college. So it’s an all too uncommon occurrence, and one for which Lindsay deserves to be lauded.

But life didn’t always seem hopeful for Lindsay growing up. She was one of nine siblings, and allegations of sexual abuse in the home involving one of her siblings led to her being removed for her safety. She lived with several other family members until eventually ending up at CYDC on December 2, 2015. CYDC has provided the secure and supportive environment Lindsay was lacking at home, allowing her to excel.

Last summer Lindsay completed a 7-week internship program at the College of Charleston that could focus on either science or technology. A prospective college Biology major, Lindsay was one of the high school interns picked to work in field of the sciences, specifically in Chemistry. It involved working with a C of C professor and student intern on some challenging subject matter including Grignard reactions, but despite the complexity Lindsay enjoyed the learning experience and found it interesting. “It was fun. I learned that Chemistry is really hard,” jokes Lindsay.

Adding to her list of accolades, Lindsay became the first female at CYDC to achieve Gold on the WorkKeys assessment, a nationally-recognized assessment measuring real world skills critical to job success. She also serves on her high school’s Beta Club which is raising funds for Haiti’s Hurricane Matthew relief, and Senior Board.

In April 2016, Lindsay was named an Upstate Junior Scholar, recognizing her as one of the best high school juniors in South Carolina as recommended by NCHS’s Guidance Counselor. Staff drove her to the awards ceremony in Spartanburg for the reception and to receive her certificate and pins. “I got nervous when they were calling us up, but it was a really nice honor,” she recalls.

A Safe and Positive Environment 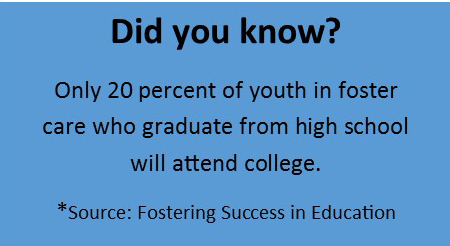 academic support, transport her to and from her internship and various award ceremonies, help her fill out college applications, and provide the tools to achieve her career goals.

Now she can concentrate on making the most of her senior year and begin preparing for college life and her desired occupation as a Neonatal Nurse. All but one of her eight siblings were born prematurely, which sparked her curiosity in the field. “I got really into babies,” notes Lindsay.

And Lindsay leaves little doubt as to where she ultimately wants to be studying next year.

Lindsay hints that “you will know if she gets into Clemson” because you will hear her shrieks of joy reverberating throughout campus.

*Not her real name